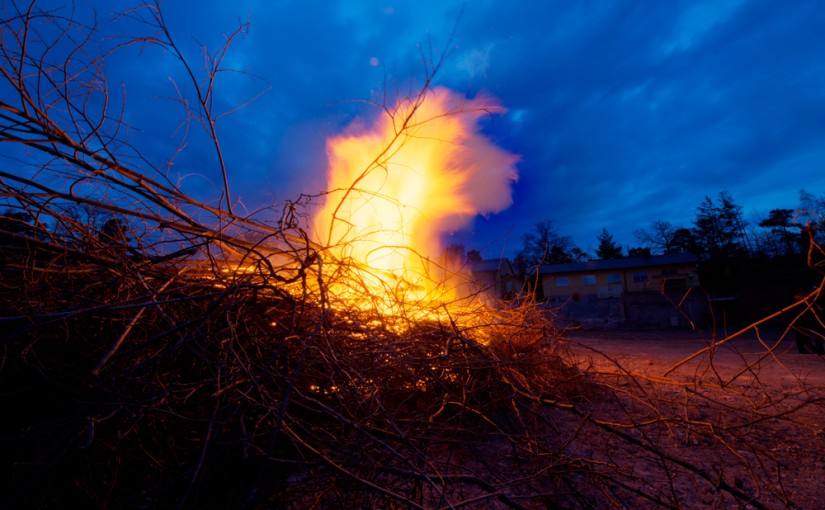 Walpurgis Night is the eve of the feast day of Saint Walpurga, an 8th-century abbess in Germany. In German folklore Walpurgisnacht is believed to be the night of a witches’ meeting on the Brocken, the highest peak in the Harz Mountains, a range of wooded hills in central Germany between the rivers Weser and Elbe.

The first known written occurrence of the English translation ‘Walpurgis Night‘ is from the 19th century. Local variants of Walpurgis Night are observed across Europe in the Netherlands, Germany, the Czech Republic, Sweden, Lithuania, Latvia, Finland and Estonia.

In the United States, Walpurgisnacht is one of the major holidays celebrated within LaVeyan Satanism and is the anniversary of the founding of the Church of Satan.

Not sure everyone in Sweden is aware of this little fact when we take friends, family and kids out for the traditional Walpurgis Night.