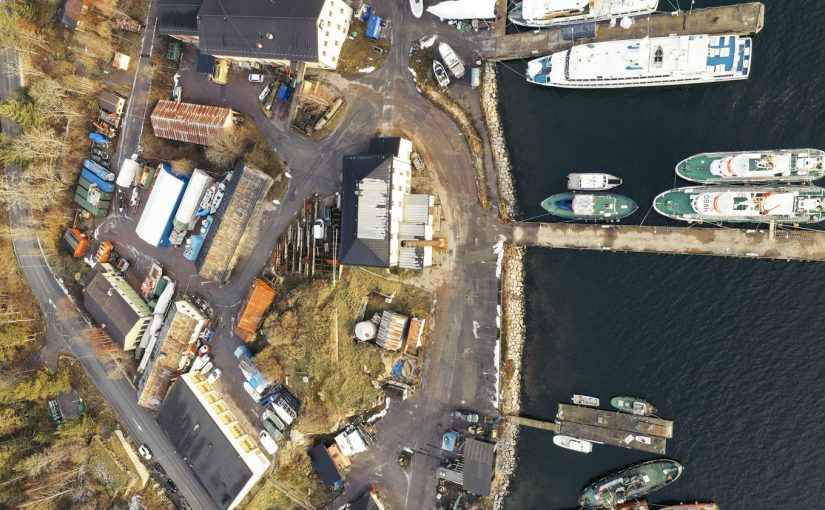 2019 started at midnight with some traditional fireworks by the locals (aka read Birk) and was followed by , some more bubble, and a good night of deep sleep.
All ready for a beautiful sunny day.
(readers discretion adviced, this was supposed to be a short Happy New year post and turned out into a much longer soapie post, proceed with caution)

We took a stroll with the car (the roads around us were really too icy, we did try, and returned after a few dramatic slides) to take a few beautiful and some fresh air.

All was quiet and calm.
Just like it should be … (dramatic music roll setting in)
A nice candlelight dinner and some Netflix to end the festivities and get ready to get back to work the next day.
Wivi taking pictures with her X-ray goggles and me, well, I had some serious writing to do.

At 20:12 we decided to lower the Xmas lights in our flagpole (don’t ask, a Swedish tradition to light up the dark nights a little more) as they started dangerously waving around and looked more like fireflies than a serene Xmas tree.

Knocking on the door.

At 21:03 Alfrida knocked out the lights completely (and the electricity as well) on our little island and everything turned dark.
Nothing unusual, we are kind of used to the odd outage during winter, and normally it takes between a few minutes to an hour or two, three. The longest I can remember living on the island (the 15 odd years) we were out of electricity was like half a day.
8 hours or so, and that felt longish.

We filled up the `kakelung´, the Swedish word for stove or masonry heater and we continued to watch the Netflix series (Bad Blood) on our iPad over 4G.
Life was good and romantic.

And indeed, around midnight the electricity, the lights the corresponding internet returned, and all was normal.

03.07. Alfrida hits again.
The winds are howling, the whole island (and large parts of Vaxholm) are dark again.
I have to admit I was a tiny little bit worried when I felt Alfrida pulling at our roof. Trees and flagpoles alike were dancing in the wind.
Gudrun came to my mind.
I had seen her devastating powers a few weeks after when visiting friends in 2005.
By now Alfrida was in her full glory of a Swedish Class Two storm creating havoc north of Stockholm (she managed to get up to Hurricane speed at some places).
I filled up the Kakelung and returned to bed.
Not much more one can do, and being outside sounded like an even more stupid plan.

07:46. Wednesday morning, the second of January. SMHI has downgraded Alfrida to a class one storm now in the Stockholm area.
No electricity, and still pretty windy.
Lots of fallen trees everywhere.

On the road, on the electricity grid, and even on people houses and the odd car. The whole island is still without electricity, and the first updates from e-on (the owner of the electricity grid) indicate all will be good by the end of the day ( day that is).
Time to get a coffee (in Vaxholm Baggeriet as they have coffee, and electricity)

09:43 One Latte later, it is amazing to see the difference in wind speed and water waves here in Vaxholm (just a stonecast away) then at our little bridge. I take a little longer tour with the car to make sure that the batteries of telephone and iPads are loaded.
This can’t take much longer … we will have our electricity back soon. And I take some pictures of the icing in our little by while waiting for the electricity to return.

Google reveals that you can keep the food in a fridge for up to 5 hours with a power outage, and given that it is around freezing outside, I empty (most) of the fridges into a basket and place it outside.
A freezer can hold up for 48 hours, so we are still good on that front. I don’t take a sneak peek inside. I am tempted though.

FB is the new Waffle House

The day passes, the sun sets around 15:00 and the wind is calming down. All is still dark. The FB group “we who are living …” are the new Waffle Houses as long as there is 4G.
And according to it does not look good for our little island here, as major power lines have been cut.
E-on keeps their website updated and the troops in the field keep on working.

The 4G quality is seriously degraded (no more Netflix) and it is not possible to ‘work’ from home either, but at least we all stay informed and can share who has already electricity, and who not.

Vaxholm is back on the grid, but goes on and off.
People start to complain about the Xmas lights being on in the street (e-on claims the grid get surcharged when it comes online) and other folks happily point out that it is not LED lights that causing the issue, but heating pumps and the likes.

W. comes home with warm Thai Take Away from Vaxholm.

Some good books (I will finally manage to complete Homo Deus), and games to pass the evening, while we make sure the ‘Kakelung’ is being fed with wood.
Day two is coming to an end.

No electricity.
Fresh snow has come overnight.
I make coffee on the outdoor gas stove we have.
And it actually works.

The outdoor temperature is a steady minus 4.
Time to empty the freezer.

I try to work a little at home, but the 3G (yes, we normally have 4G, we got downgraded) is so bad that I barely manage to stay connected and do some emails. No real writing in the cloud to be done.

After making sure the Kakelugn is well filled and all looks good. I head over to , get myself a nice latte in the shopping mall and download some series from Netflix.
One be better prepared.
A little bit more of emailing and coming to the conclusion that my iPad Pro is a beautiful machine, but a limited office workhorse and not a replacement of my work laptop as the copy protections enforced by our BYOD device make it impossible to do some heavy copy/paste.
I miss my mouse and my dual screen set up and return back to catching up with some mails before I head home, and reload the Kakelugn.

To keep it fully going and keep the house warm, it needs a refill with some wood every four hours, while it will continue to give heat during the night. And it is still freezing outside.

Pizza with a nice glass of red.

That was the plan for dinner.
I checked on my way home with Waxholm pizzeria if they were open (yes, they were, but they had problems with their phone due to the outages) and agreed with W. she would pick up a family one. On my way out, the lights indeed went out again for a minute or two, before flicking on again. A city on reboot.

However when Wivi came home around six, there was no Pizza. Vaxholm had just suffered a slightly longer outage (another tree that was creating a short circuit on the main wiring into Vaxholm, making the backup to overload, or something like that).

We decided on having grilled shrimps with a glass of white instead.

A nice dinner, followed by a movie on the iPad.
With candles.
And the kakelugn keeping us warm.
The prediction of getting electricity back that evening worked for half the island. We live on the other side.

Another day in paradise.

By now the romance of candlelight dinners start to lose its charm.
I make coffee on the outdoor gas stove.
It is all grey (picture from the day before).
FB and e-on tell me there should by electricity in the morning.
They hope.
The temperature rose to +4 overnight.
With all the freezing food outside.
Not a good start.
I dial into a work meeting.
A traditional telephone number.
The digital alternatives of Zoom and Skype did not like the available 3G capacity on the island and my said I sounded like C3PO.
And I make some last minute arrangements for my trip to India, on my iPad.
At least that one works.
Wait.
I need to print it out.
And I need a vaccine.
And I should have delivered by now some of the work papers I was going to complete.
A mild form of stress is getting hold of me.

I leave for the drop-in vaccine.
I did not know it existed, but hey, it does.
And I have W. print out my Visa, and I picked up some shirts in the dry cleaner. At least some clean clothes if this madness continues.

16:01 We start to prepare for yet another day with candle light. We checked the local restaurant on the island.
It was open.
And it has pizza, and the electricity was steady for the last day.
Good. A plan is forming.
E-on has updated their forecast to “hopefully” somewhere today. And the FB group mentions a couple of hours, if all goes good and no new surprises are discovered.

That three hanging on the powerline outside our backdoor neighbours is still hanging there. I have to admit I start to be . Or at least not a believer (the image shows a problem only 50 meters away from our door, where the fallen tree over the road hit the cable and is pushing pressure on it. The cable can snap anytime. note there is a distribution unit just opposite of the fallen tree. And this tree is still laying on the cable, together with hundreds of others trees (and yes we filed it))

The lights turns on. The freezer alarm starts to beep. And I wait for the irreversible reboot. The all is black again. The alarm keeps beeping. I close the door of the freezer. And I see that our WiFi has come online and is working.

17:01 We still have electricity. The house feels warmer. I start to prepare the fish soup and walk out to pick up some of the frozen fish that was laying outside. I stop and turn my head. The sound of the hot tub is not normal.

The Good, The Bad and The Ugly.

We ended up with a good 3 days of no electricity with mild winter temperatures outside. In perceived downtime we had a good 67 hours (from January 1st, 21:00 to January 4th 16:30) without electricity. Technically speaking, the continues downtime was only from 2nd January at 03.07, which still makes for 61 hours, and we were not stranded in a remote area. We had access to the mainland, with shopping malls and friends alike, but it was a most interesting experience these three days.

At least Birk is. As I will need to jump on a plane to India.

60 plus hours without electricity.
A different kind of way to kickstart 2019.
Happy New Year!