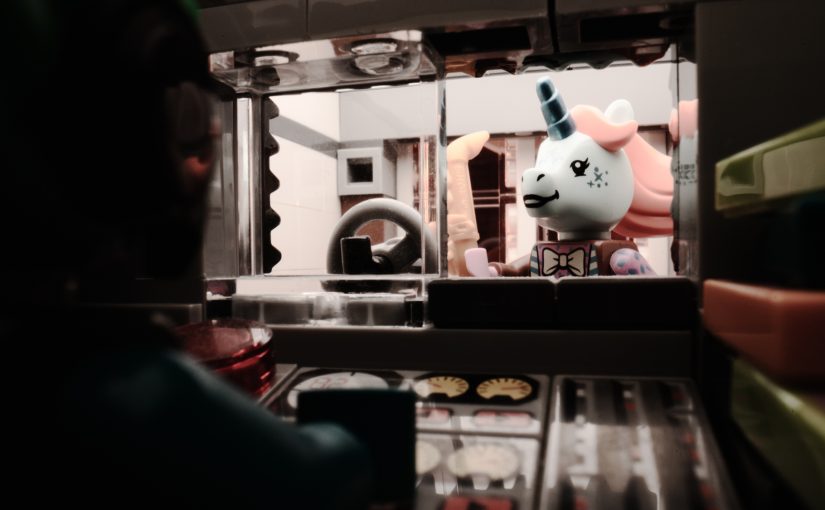 No time to get all worked up that I did not post that much here in Twenty One. And I for sure did not want to start with a Twenty Two post with big promises, fast failing objectives and unfinished projects. I did that before.

Not that we have not had a lot of creativity in Twenty One. Or in the first five weeks of Twenty Two. There has been a lot of it.

We started Twenty Two with a new creative project on Stuck In Plastic, after I single handed managed to not fail #sipgoestgif for five months in a row as toastmaster on SiP. Talk about a streak.

And so here we are in week five and a half.

Last week was officially week five on SiP of SiPgoesTwentyTwo and I managed to not post a picture although I was all set. And my master painter even threw in a 3D printed diorama to complete my challenge.

The very first workshop of Twenty Two most probably was to blame for me not delivering as per the plan.

I am about to get out and about in the winter wonderland of Stockholm’s Archipelago to get my Fungi in front of the lens, but I did not want to fail on week six either.

So here is my contribution to Natasja’s challenge in Week 6 to get all creative and celebrate the misfits love story.

I am not really sure that I ticked all boxes of the mission. But at least I am back on track with my schedule. Here is week six just in time for Valentine.

Love is in the air …

Somewhere downtown in the music studio of a small town called – damn, I need a name for my little Legoville – we found our sound musician dreaming away of romantic nights with the starlet in front of him. She makes him all mushy inside with her voice and the way she handles the sax is pure magic in his eyes.

He is good with his sliders and little decibel meters, but the magic of her voice is something he can’t capture. This is beyond digital.

If they could only be together … listen to the sound of silence under the open sky.
Feel each other and be one.
Let her heartbeat play a song of passion.
Unfortunately this was not possible.
It was not to be.
These things did not happen …

She could stand here for hours.
And sing and play her sax.
Just for him.
The way he looked at her.
And that smile of him, made her all electric inside.

If only unicorns could date droids.
It was not done.
It was frowned upon by the citizens of the city with no name.
Or so she thought.

Natasja only allowed us two images this week.
And so we will end with a cliffhanger here and leave it in the middle if there will be a happy ending in this little town for our two love birds seperated with a wall of sound between them …

And now it is time to shoot week five.